Hi there, Guest! Welcome to the forums!

Oh hai there! Yes, I know, it's rather late in the day to be posting a weekly update. It's also been a while since I've resolved any posts (at least two days), and I'd like to apologise for that. The reality of the situation is that I can't always log in or respond to posts, and sometimes I'm just too preoccupied with other things in RL.

To make up for this, I'm extending last week's challenges, doubling the time members have to try and complete them. Last week's challenges will end next Monday (3/12/12), and I'll be setting up the currently registered arena matches (and responding to the one running at the moment with Grey and Ironfang) either later today or tomorrow.

There will be some downtime over the course of three days in December. Starting on the 24th of December through to the 26th of December, I'll not be resolving or responding to ANY posts. This effectively makes D.O 'offline' for the duration of christmas, however I have something special planned for everyone around that time of the month (and no, I'm not going to tell you).

While I certainly have something in store for christmas, there's also something interesting happening on New Years. On New Years Eve, I'll be creating a temporarily available topic called 'New Year's Resolutions'. In this topic, members will be able to reply with a goal that they would like their character to achieve before the end of 2013. This doesn't necessarily need to be completed by the character you have active when you post the goal, so don't worry if your character dies before the end of the year.

Anyway, the point of this is that you'll be rewarded for completing your goal, and the more difficult to achieve it is, the greater your reward will be. Depending on your goal and whether or not you achieve it, you could be rewarded with a very large sum of Gold (like 200,000 or more), your own mansion in a secret grove somewhere or a bunch of perks that can be used by all characters you create.

So... What's your new year's resolution? 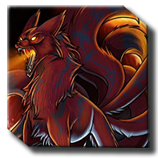